What a FUN DAY! The second annual Heart of the Fox Run and Tug took place in Pottawatomie Park on Saturday June 15th.

The day began at 7:30 when runners of all ages competed for their best time in the Pride of the Fox 5k chip-timed, certified run.

An array of Neon colors cascaded over the crowd of kids and adults alike while they ran, walked and laughed through the Colonial Café 1k Ice Cream Color Run.  Each participant was rewarded with a “Colonial Café Kitchen Sink” medal and a cup of vanilla ice cream with toppings. We’re still talking about who had the larger contingency, Fox Valley Special Recreation, or The Ivy Academy?

The competition was fierce for the Tug of War in front of the pavilion where teams paired off to compete for the “Strongest in the Valley.”  The youth tug drew plenty of attention as they recruited a little help from their friends for a competitive advantage.

New this year, The Ivy Academy Kid’s Zone was a roaring success! Children had a blast getting through the Obstacle Course.  “How did he do that?” was an often-heard question for the magician, Scott Piner, and Face Painting was too cool!

For 2020, the River Corridor Foundation and the Kiwanis Foundation of St. Charles plan to add more events and activities to the Heart of the Fox Run and Tug for a day the entire family will enjoy.

Thank you to our generous Sponsors 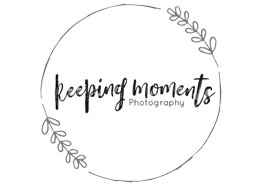