St. Charles Rhythm on the River proudly welcomed The Time Jumpers with Vince Gill to Arcada’s stage on October 17, 2015 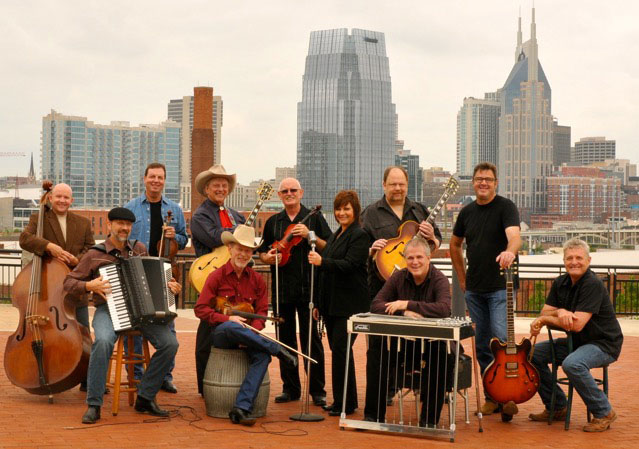 The Time Jumpers is an assemblage of highly-talented country session musicians that started jamming together and have now become the “show that stars go to see” on Monday nights in Nashville.  Always a popular attraction on Music Row, many of country’s biggest stars began dropping in to play some songs with the band.  The Time Jumpers currently features Vince Gill, Kenny Sears, and Ranger Doug Green.